Usuthu, Arrows and Royal AM honoured by EThekwini Mayor at Gala Dinner

The mood was jovial at Inkosi Albert Luthuli International Convention Center on Friday night with light hearted chirps exchanging between the three club owners as they dined with EThekwini Mayor Councilor Mxolisi Kaunda, and KZN Premier Sihle Zikalala at the Durban ICC.

The gala dinner was hosted by the Mayor’s office to applaud Lamontville Golden Arrows, Royal AM and Usuthu for their respective success in the 2020/21 football season.

“We extend our deep gratitude to the leadership of His Worship Councillor, Bab’ Mxolisi Kaunda and the Premier Sihle Zikalala in attendance. It was not our right for you to do this but you saw it fitting to reach out,” said the President during his remarks on the night.

The President thanked Coach Benni McCarthy in his absence and his technical team for steering the club to CAF Champions League Qualification after finishing the league as runners up and bagging the DStv Premiership Coach of the Season award.

Zungu further wished his counterparts Golden Arrows and Royal well in their upcoming seasons while also promising to continue raising the flag high in the DStv Premiership in the coming 2021/22 season.

With 11 seasons to go before the club reaches its Centenary year, the pride of the Nation under the leadership of Zungu, will be vying for all top honours on offer. 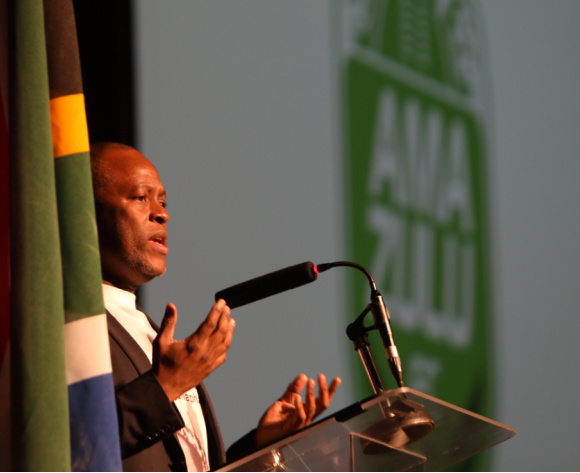 Shoutout to @dbntourism and everyone who was able

We have a double header today. Happy birthday to o

In the midst of the #FIFAWorldCup fever, we've ask

The festive season is calling and the bossman want

Usuthu's diski team will end the year in 3rd posit

The diski team will be looking to end the year off

It was a mixed bag of results for Usuthu stars yes