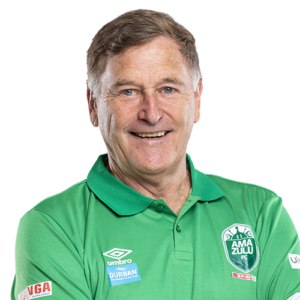 Obtained a BComm, CTA (Certificate in the Theory of Accounting) from the University of Natal, Durban in 1976.

Joined AmaZulu Football Club as the General Manager of the club in 2008 & held that position until 2016.

From 2016 until the current time, I have held the position as the Administration Manager of both AmaZulu Football Club & the AmaZulu Community Trust.

Appointed as a Director of Prime Human Performance Institute, Durban in 2012.