Usuthu have progressed a step further in equipping players for the future. The ABC offering not only includes skills to adapt to life after football through positive life decisions and sound financial planning, it has welcomed mental wellness into this year’s curriculum.

Fish offered his take on how to better navigate the dynamics of a professional career, which is realistically often met with, amongst other things, challenges of fame, high expectations and a fast life.

All barriers and stigmas known to the sport were touched on as players challenged and interacted positively with Cloud Therapist representatives, Managing Psychologist, Sabelo Gumede and Project Manager, Londeka Sishi who have come on board at first team and youth development level.

AmaZulu veteran striker, Lehlohonolo Majoro spoke highly of management’s efforts to meet the players halfway in the thorny subject of preparing for a sustainable life after professional football.

“I took away a lot in today’s session (yesterday) but what stands out for me is planning, and to never fear your goals, regardless of how big they are.

The President, Mr Sandile Zungu said in his address that a journey of thousand miles begins with the first step,” said Majoro.

Plans to introduce and empower the players with formalized short courses are at advanced discussion level under the vision of club President, Mr Sandile Zungu.

The club looks forward to making an impact in its ‘community’, one player at a time. 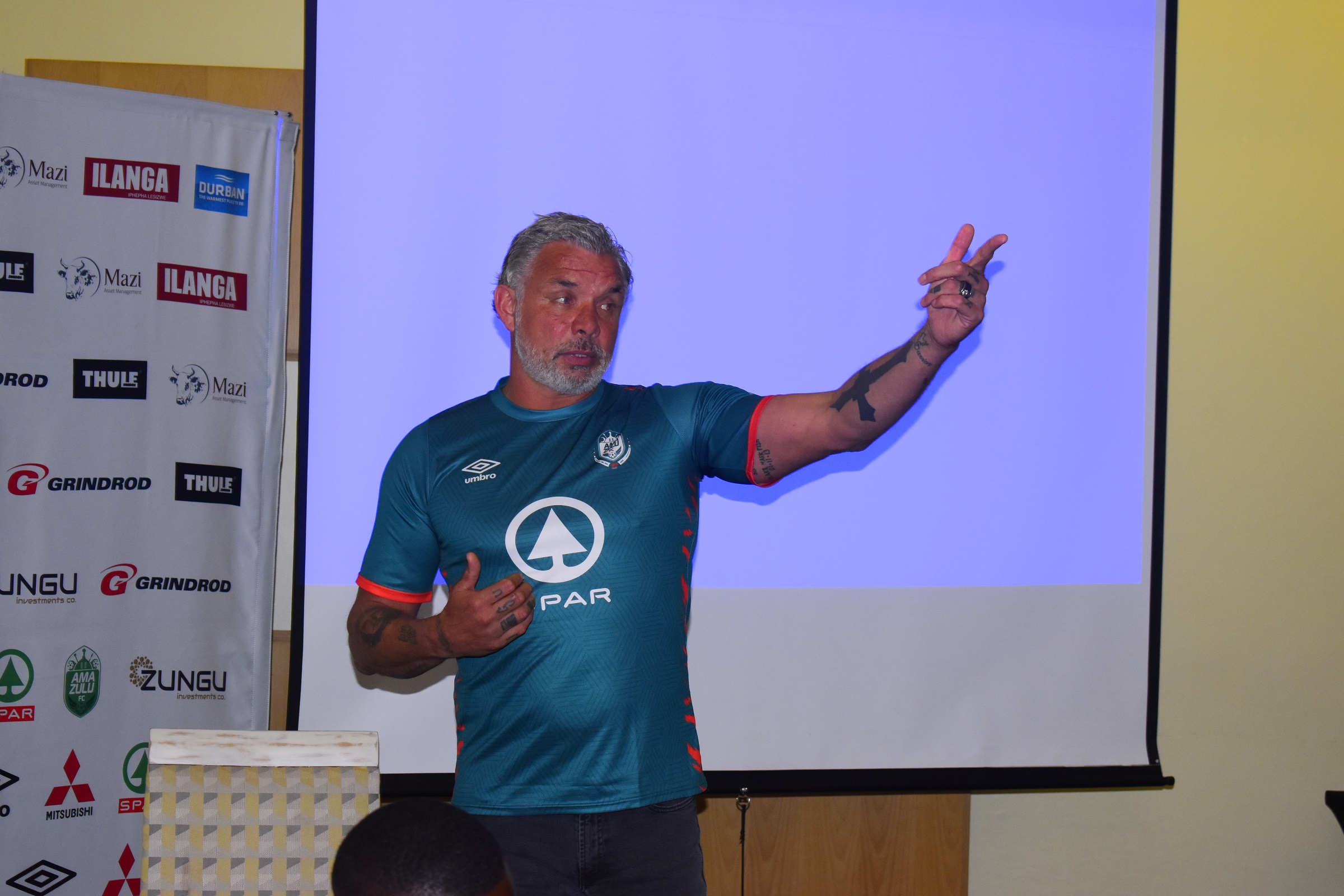 Usuthu scored in the 50th minute thanks to an own goal from a well worked cross by Siphephelo Majola.

Match-day three ended in victory for our Diski team as they edged off Royal AM by a solitary goal.

Malawi National Football team and @AmaZuluFootball
striker @gabadinhoFlames Mhango has been named Sports Man of the Year at the Malawi Sports awards.

Ethan Brooks and Olwethu Mzimela have joined the S

It was a great experience linking up with Umlazi S

This is how we line-up against @sundownsfc with a