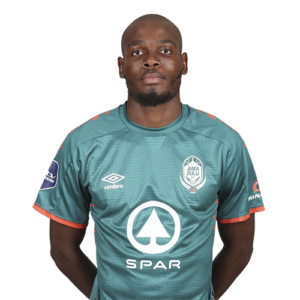 The versatile left-footed defender is blessed with louds of experience, having captained the South African national team at the last two Olympics.

Last season Malepe was on the books of Ukraine Premier Division outfit FC Mynai of which he joined after spending two seasons on loan to Chippa United from parent club, Orlando Pirates.