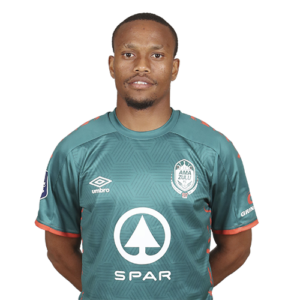 The Namibia international, who is a left-back by trade, turned out for Touch and Go Otavi and Orlando Pirates in his home country.

A move to South Africa came in 2018 as he joined Jomo Cosmos where he spent two seasons before moving to Chippa United, before being snapped by AmaZulu in 2022 after a two-year spell with the Chilli Boys.