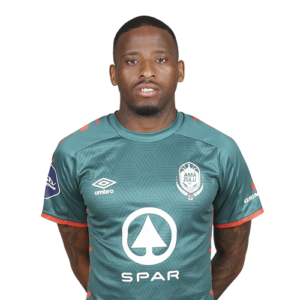 The former Sivutsa Stars, Jomo Cosmos and Orlando Pirates defender, who rose through the ranks at the Buccaneers, joined AmaZulu on a permanent move in July 2016.

A former South Africa U23 national team captain, Gumede adds valuable stability and versatility at right-back and will be hoping to continue his good form in the 2020/21 season.