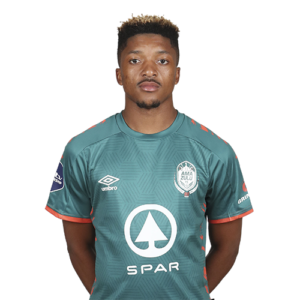 A former Bloemfontein Celtic academy player, the versatile attacker was promoted to the club’s academy in 2014 and he went on to establish himself as one of the most promising players in the PSL.

Zuma’s eye-catching performances at Celtic earned him a big move to Kaizer Chiefs in 2017 and he was signed by AmaZulu at the end of the 2021-22 season.